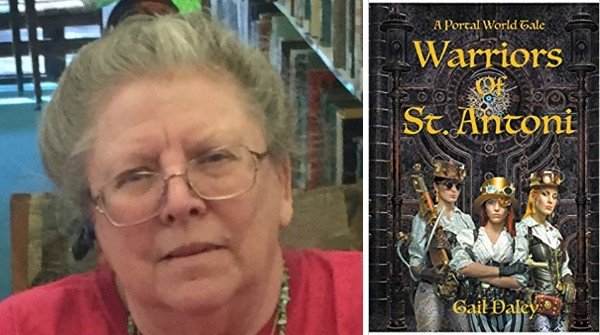 On the frontier world of St. Antoni, you got tough–or you died.

This is the story of sisters Bethany, Jeanne and Iris, and the choices they make to survive on their alien world. Bethany marries a mercenary warrior to shield her family from a predatory neighbor. To her surprise, the marriage of convenience turns into a love match, but Bethany and Alec must learn to trust as well as love. Iris chooses an arranged marriage with a beloved old friend, but did Carlos marry her for love, or to please her father? Jeanne and Samuel, the son of her family’s greatest enemy run away to a distant city to build a new life, but discover you can’t run away from who you are.

The knowledge that it was possible to open a doorway to other worlds had been a poorly kept secret. When the knowledge of Portal technology leaked out into the general public, unregulated gates began to pop up like fleas in the summer. Unlike new citizens of formally sanctioned colonies, who received every advantage their sponsors could provide, immigrants who came through an illegal gate only had the supplies and technology they carried to build a new world. Forced to depend on their own resources to deal with the alien plants and bizarre animals they found, they survived using their wits and ingenuity. But they came because of man’s lust to explore, and because they wanted freedom and adventure. With intelligence, strength and courage they built a new society.