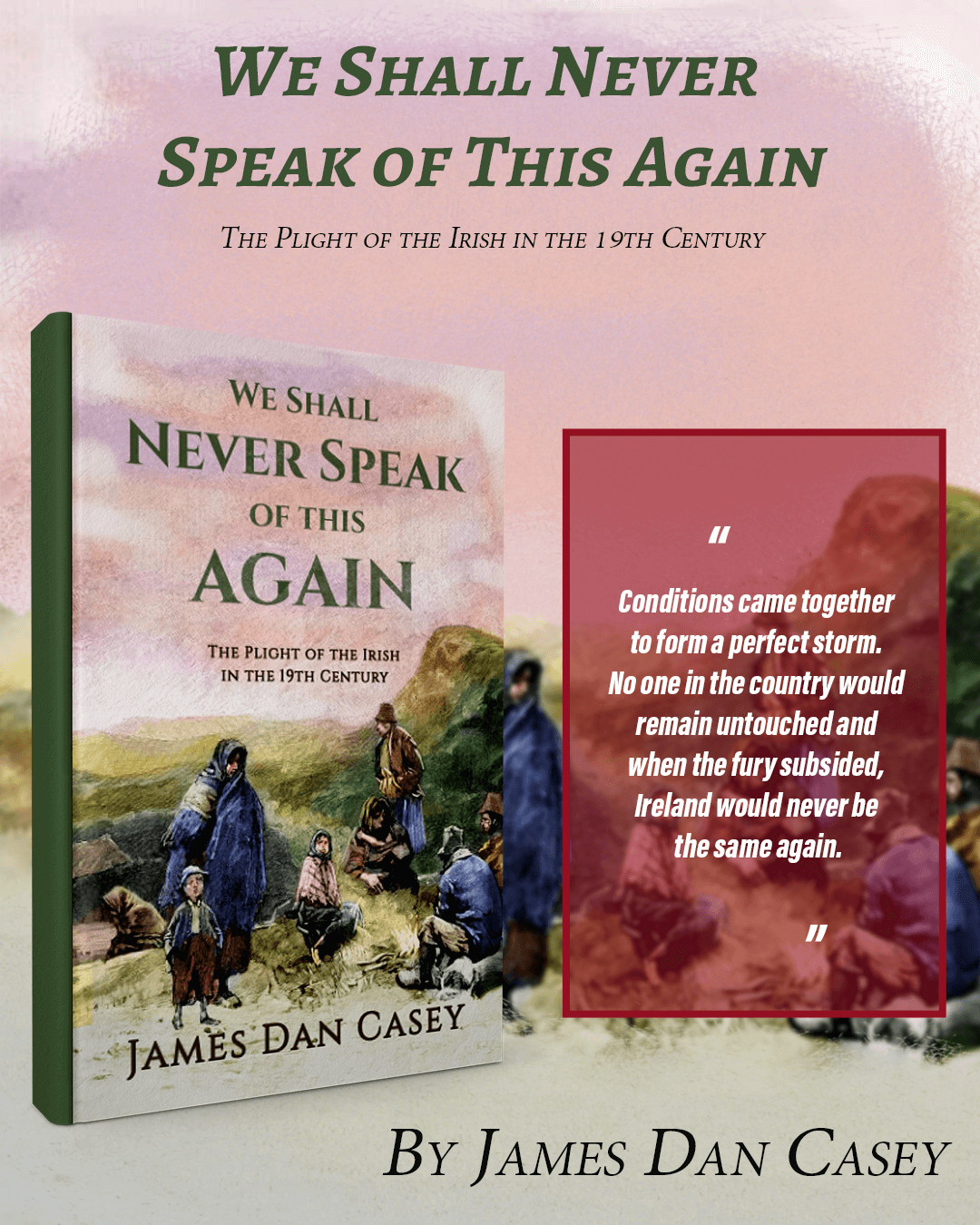 We Shall Never Speak of This Again

The Plight of the Irish in the 19th Century

“…conditions came together to form a perfect storm. No one in the country would remain untouched and when the fury subsided, Ireland would never be the same again.” (Casey, p. 29)

The Irish of the 19th century had endured England’s religious persecution and human rights violations for centuries. Millions of Irish lived and died as victims of these egregious acts. Near three million Irish lived in abject poverty and survived almost exclusively on the potato. They suffered through the Famine that began with the failure of a potato crop and escalated into a large scale humanitarian disaster. England, their sister country, refused to take the necessary measures to mitigate the tragedy. One million Irish starved or died of disease while another million fled to North America, enduring a harrowing voyage fraught with danger and mortal disease. The Famine devastated Ireland and her people, while intensifying their hatred of England. This book will identify those responsible and determine their culpability.

About the Author: James Dan Casey

For many years, I have wanted to write the book that I eventually titled: We Shall Never Speak of This Again. This may seem to be an unusual title for a non fiction book, but hints of its meaning are given throughout and finally its full meaning in the last sentence of the book. My ancestors were from County Roscommon, Ireland, and lived there during the Famine times. I am 3rd generation Irish and grew up on a farm in Kansas that my great grandfather and wife from Ireland homesteaded in 1878. The farm has been in our family continually ever since. I did not become a farmer, but spent many years in the corporate world in Kansas and California. Tired of that environment, I became a teacher and later moved back to Kansas and live about 35 miles from the homestead where my brother and his wife farm. I finally took the time to write the book and have incorporated mention of my ancestors in several places. It is, however a nonfiction history book and not genealogy. I plan to continue to write about the downtrodden in history and hope to publish another book in 2022.