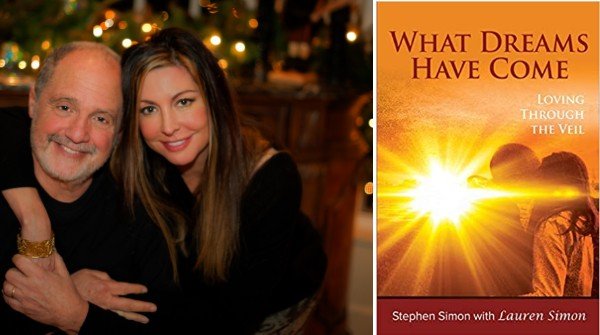 In 1980, I produced the film Somewhere in Time with Christopher Reeve, Jane Seymour, and Christopher Plummer. In 1998, I produced What Dreams May Come with Robin Williams, Annabella Sciorra, and Cuba Gooding, Jr.On January 3, 2018, my wife and forever love Lauren suddenly passed away in her sleep. She was only 54. Six weeks later, Lauren began to communicate with me…and in October 2018, we started writing this book together.Wives, husbands, mothers, fathers, sons, daughters, grandparents, and many others have experienced communication with loved ones who preceded them beyond the veil that separates life and what comes after life. Many of you are having that experience now, and many more will experience it in the future.You… we… are most definitely not alone.Still, our willingness to speak openly to others about communicating through the veil is often accompanied by fears of disbelief and rejection from friends and family members.We hope that our book will reassure and comfort you, and that it will empower and encourage you to share your own stories of discovering that after life, there is indeed more. Much more.About the Authors Stephen Simon graduated from UCLA and Loyola Law School, entered the movie business in 1976, ran the film companies of legendary producers Ray Stark and Dino de Laurentiis, produced such films as Somewhere in Time and What Dreams May Come, co-founded The Spiritual Cinema Circle in 2004, and wrote the books The Force is With You https://amzn.to/2HHmIwj and Bringing Back the Old Hollywood. https://amzn.to/3iqFFQK After graduating from Arizona State University, Lauren Simon first became a flight attendant with Continental Airlines and then was named the airline’s Flight Service Supervisor. She was also a clothing designer, a therapist working with young women with eating disorders, a Reiki Master, an actress with several film roles, and a sought after intuitive. Lauren also wrote the book When You Feel Like Strangling the Patient https://amzn.to/34iKJBJ