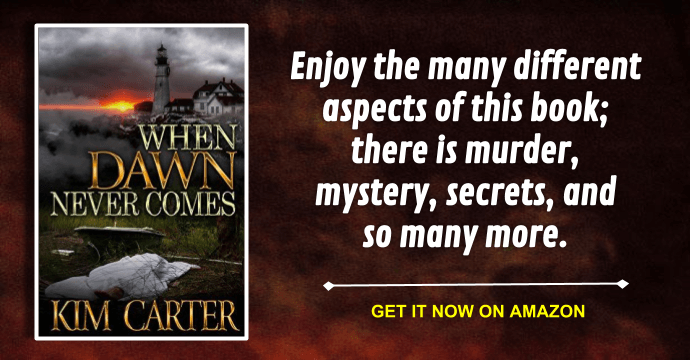 ordan Maxwell, a twenty-seven-year-old freelance journalist, ventures to New York City to make a name for herself. With both of her parents dead, she struggles to get by living in one of the worst neighborhoods in the city. In a twist of fate, Jordan finds herself the sole heir to her great-uncle’s estate in Solomon Cove, Maine.

Packing her bags, she heads to Maine where she soon realizes that her rags to riches journey entails much more than she bargained for.

Crime was unheard of in the small fishing village of Solomon Cove, a town where everyone knows everyone. It was the last place anyone expected crime, especially murder. However, the tides turn for this quaint town when the body of a young girl comes crashing in with the waves.

As the victims continue to mount, Jordan starts to believe the murders are connected to her and the family she never knew. Digging deeper into the past, Jordan must protect herself before she becomes the serial killer’s next target.
Available on Amazon Barnes & Noble