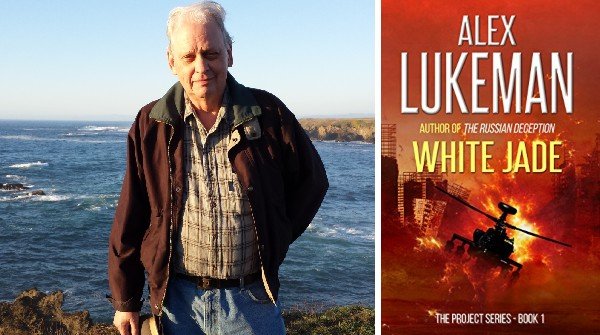 WHITE JADE spins a web of deceit and murder across the globe against the backdrop of a deadly international power game.

Former Recon Marine Nick Carter is a man with a dark history of emotional and physical scars. He works for the PROJECT, a covert counter-terrorism unit reporting to the President. Selena Connor is a beautiful, strong and skilled linguist. When her wealthy uncle is murdered by someone looking for an ancient book about the elixir of immortality, she’s thrown into Nick’s dangerous world.

Nick is assigned to protect Selena and help her recover the missing text. It’s the beginning of a life and death adventure that covers the globe. Someone is determined to take over China and attack America–and Nick and Selena are right in the line of fire.

International intrigue, terrorist acts, and the threat of nuclear war form the core of this fast-paced thriller, the first volume in a series featuring Nick, Selena and the PROJECT.