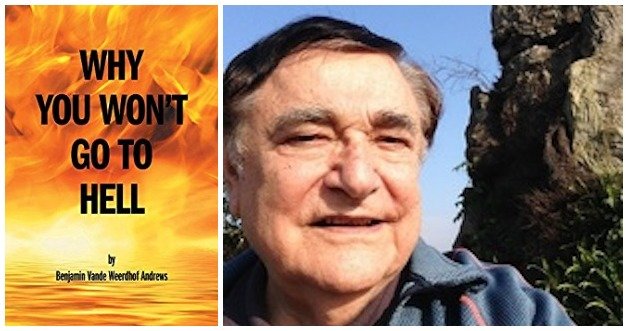 Can we live a moral life without God? Are religions a force of good in the world? Is there life after death?
In Why You Won’t Go to Hell, Benjamin Andrews argues that the time of religion is passing and that humanity must create new laws and new systems to meet the challenges of a modern world based on science, logic, and the betterment of all.
The book aims squarely at those who still seek answers to some of life’s biggest questions, or those who live in religious communities but fear the consequences of admitting their loss of faith. By drawing on thousands of years of history and cultural beliefs from around the globe, it challenges everything we think we know about spiritualism and religious belief.
Available on Amazon

“Loved how whilst it was so easy to read”

This book makes you question all the major arguments made in favor of religion, whilst educating about the historical roots of religion and mythological stories. Loved how whilst it was so easy to read, it could make me stop and reflect on my own experiences with religion and where I stand now.

Benjamin Andrews was raised in the Dutch Reformed Church as a boy in Holland and moved to Canada as a young man. After retiring from his career as a high school teacher, he began a website to explore and discuss the role of religion in modern society and to encourage people to think outside the box. He lives with his wife in Barrie, Ontario…