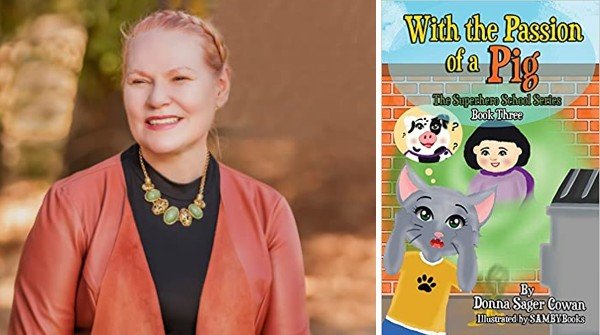 The Superhero School squad return for their third adventure.

Mrs Gee is missing and no one knows why. When Patty Porter, tech-savvy pig and team member tracks Mrs. Gee’s phone to the same spot where Catt appeared weeks before, the squad immediately go to check it out.

The team find the portal the carried Catt to Sweet Meadows and the monkeys said lead to the human world of California. Their plan? Find Mrs. Gee and the missing animals sold by the monkeys.

Unfortunately, the squad is in for a big surprise when they exit the portal. Only Catt remains in her animal form, while Simon, Patty, Freddy and Bash transform into children.

Join the Superhero School sleuths as they solve another crazy mystery before their next class.