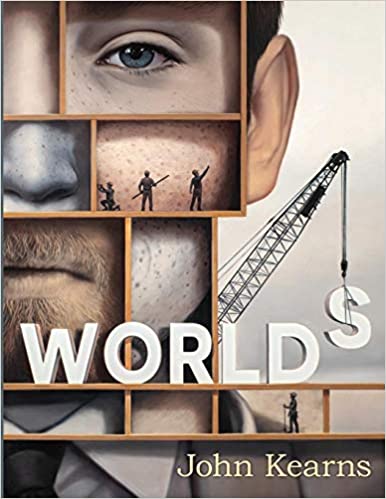 This novel presents an intergenerational Irish-American family history spanning more than one hundred years, in settings from rural Ireland to suburban Philadelphia to New Orleans, and to early and late 20th Century New York City. At the same time, the vignettes about its four central characters -- an Irish immigrant, a Jesuit priest, a delicate mother, and a poet -- create a spectrometer's variable display of the light and darkness of human motivations. The style is mostly an erudite, heady and Joycean stream-of-consciousness, with references to certain events that are now obscure and almost forgotten. One continuous movement in the book is literally a vehicle for a travelogue of the demi-monde of bar life of lower Manhattan before 9/11. As with the author's other books and plays, there are some brilliant comic passages, including a Chaucerian portrait of a bartender, faux courtroom scenes, and a series of crude, bawdy Chinese take-out menus. Some of the most refined passages occur in places unlikely to inspire, as in the portrait of the aging Jesuit in repose in a suburban home, contemplating his father's walking stick. The reader of this book will have his or her pick: love stories, political consciousness, high-Catholic sensibilities, Irish nationalism, suburban strife, or bar-fly romance. Worlds is a must-read. 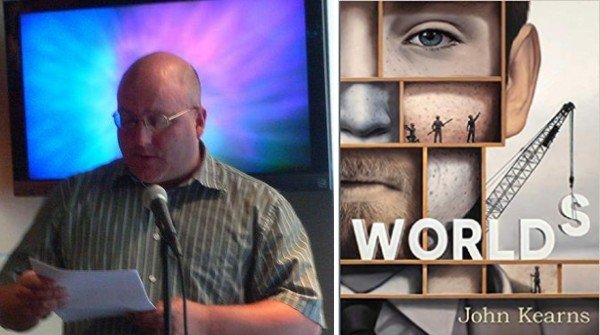 “Worlds” depicts four generations of the Logan family from Ireland in 1870 to New York City in 1998. In a mosaic of episodes arranged by theme, “Worlds” portrays a family through poetic shards of narrative. Through the lens of the Seven Deadly Sins/Lively Virtues, “Worlds” examines these representatives of four generations of Logans.

1) Seamus Logan: a broken-hearted lover who flees his home in 1870 County Mayo, Ireland for Connemara and New York. Seamus eventually makes his way to Philadelphia where he founds a new family and a construction dynasty. 2) Reverend Sarsfield Logan, S.J.: a Jesuit priest who teaches French at Xavier High School in Manhattan’s Chelsea section. In 1910, Esther, a firebrand striker from the Triangle Shirtwaist Factory, raises Sarsfield’s consciousness and tempts his heart. 3) Janey Logan (nee Dougherty): a sensitive introvert who falls in love with her engaged boss, James Logan, at his family company. After Janey wins James over and marries him, she struggles to be happy as a housewife and mother in the 1970s Philadelphia suburbs. 4) Paul Logan: a former South Bronx teacher and would-be poet/musician, Paul competes with the young Englishman, Charles, for the affections of Laura, a beautiful barmaid, on a wild late-night car trip from the World Trade Center to Times Square as the 1998 Good Friday Agreement is signed in Northern Ireland.

“Worlds” was a finalist in the 2018 William Wisdom – William Faulkner Creative Writing Competition in New Orleans. An early excerpt from “Worlds” was a finalist for the 2002 New Century Writers’ Award. Another excerpt was named a finalist for the 2012 James Hearst Poetry Prize and published in the “North American Review.” The “Danse Macabre” online literary magazine has published four additional excerpts from “Worlds.”

Dear Reader, author’s recently published book “Worlds” is now available on leading bookstores, get your copy now and help the author by writing a review of the book.
Available on Amazon